What to make of June snowstorms amidst this rapidly warming climate? 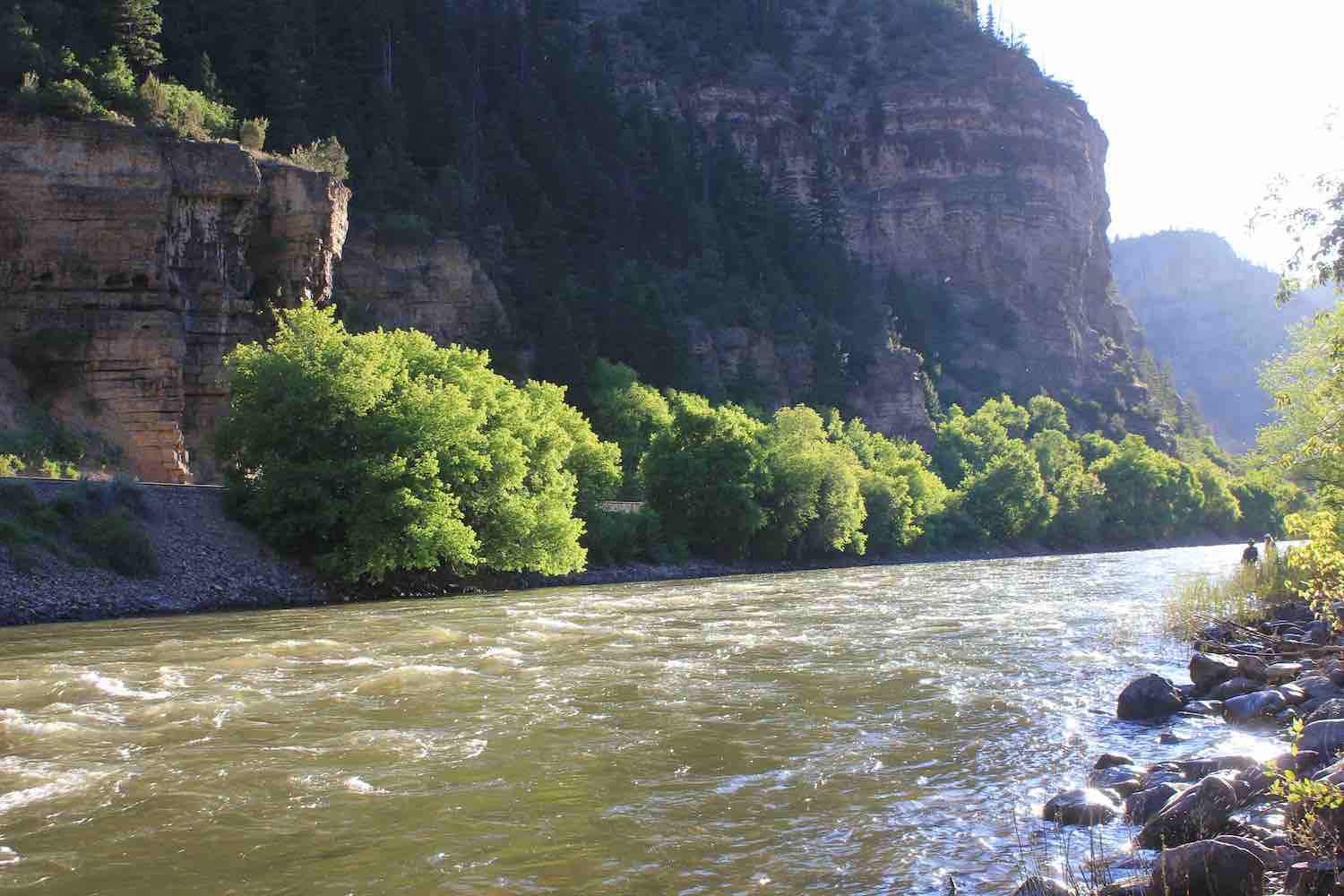 If the storm that dropped up to a foot of snow in Colorado’s mountains on June 8-9 was unexceptional, it provokes a question about the shifting climate.

How can snowstorms occur in June when temperatures in Colorado have been rising significantly in recent decades?

June snowstorms are part of that short-term variability.

Records taken at Aspen, Breckenridge, and Climax—the mine between Leadville and Copper Mountain—all show frequent snow during June for the last 70 to 90 years. In Summit County, last week’s snow was good enough to cause skiers to flock to Loveland Pass for a powder party. The largest June snowfall was 16 inches in 1984.

June snow is not weird—yet. But in coming decades, it may be.

“I think there’s a strong likelihood we will be measuring some decline in late season snowfalls in the next 30 years,” says Peter Goble, a climatologist with the Colorado Climate Center.

Temperatures have been rising across Colorado for the last 30 years, an average 2 degrees F, but more so in some areas—western Colorado and particularly southwestern Colorado—than others.

It can still get cold—and record-breaking cold at that. But for every one new record low temperature in Colorado, there are three record high temperatures set, says Goble.

Along the Continental Divide north of Denver, the story is similar to that of ski towns on the Western Slope.

“Yes, June snows have become an endangered species at the 8,000- to 9,000-foot elevation level in the northern Front Range,” said Klaus Wolter, a former long-time staff member of the Earth System Research Laboratory at the National Oceanic and Atmospheric Administration. The same can be said about September snows, which were much more common as recently as the 1990s, he adds.

Wolter, who lives at around 9,000 feet near the old mining town of Ward, west of Boulder, said that it’s striking how big snow events have petered out in recent decades. But they still occur, as witnessed by the foot of snow that fell last week near Red Feather Lakes, northwest of Fort Collins.

And, to add a couple more wrinkles, the precipitation west of Boulder and Fort Collins might look very different west of the Continental Divide. He also points out that May temperatures have actually dropped 3 degrees Fahrenheit at Ward in the last three decades. None of this is simple.

“As we have all just had a crash-course in how science works with covid-19 (and I am sure we will learn plenty more about it than we ever wanted over the next few months), climate change has similar issues where what is considered firm ground at any given point may be a bit shaky after all.”

Firm is the effect on river runoff of warming springs such as this one.

Since then, the spring splish-splash into Powell, the second biggest reservoir in the Colorado River Basin, has diminished even more, to just 57% of average, according to a report issued June 10 by the Western Water Assessment.

On the main stem of the Colorado River—including the Roaring Fork, Eagle, and Blue rivers—runoff was forecast to be near to slightly below normal. Looking back to mid-winter, there were higher expectations.

Who purloined the precipitation? It was likely a result of above-average temperatures.

Colorado had average high temperatures in May that ranked among the top 10 highest for the month since 1895, as did Utah.

This is part of a well-defined warming trend in Aspen, Vail, and Steamboat Springs, but also Summit County and the Colorado River headwaters in Grand County. The shift is documented on a website sponsored by the Aspen Center for Environmental Studies. It’s called the Forest Health Index. There you can study temperature, precipitation, and other data for those river basins in Colorado that are at least one-third covered by trees. That’s most of them.

In the Roaring Fork River Valley, for example, the average temperature has bobbed up and down year by year since 1980, but there’s been a general rise. Think about a hill in Iowa rather than the face of Maroon Bells. Still, that’s a breath-taking change when compared with climatic shifts of the past.

Less clear are the trends in the average peak streamflow. Precipitation also has giant ups and downs without a remarkable trend. The profiles of the Eagle, Yampa, and Blue rivers look similar.

In a paper published in May in the Proceedings of the National Academy of Sciences, the two climate scientists—Overpeck from the University of Michigan and Udall from Colorado State University—dissect what is going on.

What about increased precipitation? After all, a warming atmosphere can hold more precipitation, about 7% per one-degree increase Celsius (1.8 degree Fahrenheit).

Outside the American Southwest, some areas have been getting more rain and snow. That unevenness holds true even within Colorado. The Durango area has been getting distinctly drier. Precipitation in the Denver-Greeley area, in contrast hasn’t changed all that much.

Overpeck and Udall would have us think of the Dust Bowl, a time during the 1930s on the Great Plains of both hot temperatures and drought.  Recent “flash droughts” on the High Plains in 2012 and 2017 highlight how extreme spring and summer temperatures can speed the onset, and worsen the impact, of dry spells and droughts.

Now, it’s fire season, too. Gunnison County this year found itself in “exceptional drought” in May, while the Aspen area has been in moderate drought, points out McCurdy, taking a break from parenting leave and the diaper-changing duties for an infant to talk with a reporter. In this case, Aspen and Vail would be just fine being called something other than exceptional.

Frost-free days remain greatly variability in the Roaring Fork Valley, as true in other parts of Colorado, but the trend is clearly toward less frost and more warmth.

The basins also have charts for frost-free days. This jumps around, too, but the trend is toward a longer growing season.  That’s true in Aspen, and it’s true in Summit County, too.

Adam McCurdy, director of forest and climate for the Aspen Center for Environmental Studies, says the numbers come from a combination of satellite, radar, and station data to reflect the general state of the river basin. The Roaring Fork data, for example, does not reflect precisely the temperatures and precipitation in downtown Aspen. They’re a more general look at Aspen, Basalt, and Carbondale. The same would hold true for the upper Colorado River, which includes Winter Park and Kremmling, almost 50 miles apart.

Taking stock of the Colorado River Basin more broadly, scientists have been producing studies that detect a growing role of warming temperatures in the decreased river flows.

Jonathan Overpeck and Bradley Udall several years ago issued a study that found roughly half of the decreased flows in the Colorado in the 21st century was due to higher temperatures. The water was being taken up by increased evaporation but also transpiration by plants. In other words, what fell as snow and rain was returning to the atmosphere.

Now, it’s fire season, too. Gunnison County this year found itself in “exceptional drought” in May, while the Aspen area has been in moderate drought, points out McCurdy, taking a break from parenting leave and the diaper-changing duties for an infant to talk with a reporter. In this case, Aspen and Vail would be just fine being called something other than exceptional.